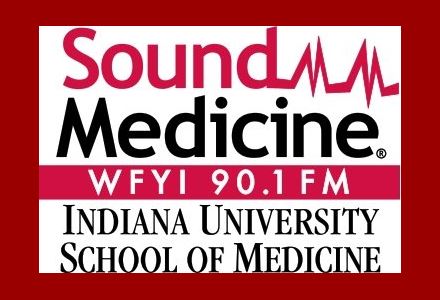 INDIANAPOLIS — The “Sound Medicine” program for July 13 includes segments about the pressure on doctors to participate in lethal injections; how cellphones affect your health; depression and diabetes; and prisoner health care.

What should medical professionals’ role be in state-ordered executions? Indiana will now use Brevital, an anesthetic not intended for lethal injection, as part of its execution protocol. Eric Meslin, Ph.D., founding director of the IU Center for Bioethics, speaks about the ethics of doctors participating in capital punishment; the current policy of medical professionals regarding assisting with execution; and the role of the pharmaceutical industry.

Are those with depression more likely to develop diabetes? According to a 2013 meta-analysis, those with diabetes are 25 percent more likely to become depressed, a well-accepted association. A different meta-analysis reported that those dealing with depression are 38 percent more likely to develop diabetes, which had raised some questions. Mary de Groot, Ph.D., an associate professor at the Indiana University School of Medicine, is preparing for a study to find out why depression leads to diabetes. Dr. de Groot speaks about the relationship between the two conditions, what her study will entail and who can participate.

Are cellphones harming our health? A recent study by South University in South Carolina showed that of 60 cellphones tested for bacteria, most carried MRSA, a bacteria formerly found only in hospitals. MRSA is more difficult to treat than most, as it’s become resistant to common antibiotics, according to the Mayo Clinic. Nydia Nunez-Estrada, M.D., a physician at Eskenazi Health in Indianapolis, discusses how people can protect their health by cleaning their phones, taking breaks from looking at the screen and more.

Why should we care about health care for prisoners? A side effect of the Affordable Care Act has been a trend of jails and prisons signing up inmates for Medicaid, according to a recent New York Times article. Scott Allen, M.D., co-director of the Center for Prisoner Health and Human Rights at Brown University, speaks about why those who become incarcerated tend to have higher risks of certain physical and mental health problems, why society should care about the health of those in prison and more.